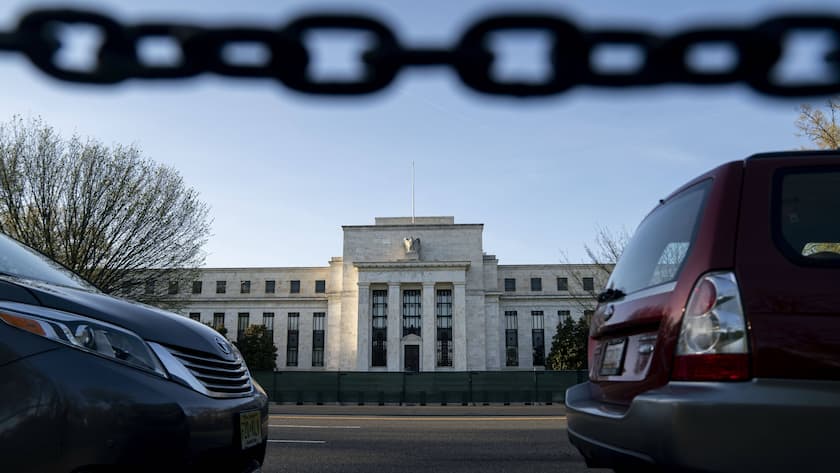 Sehatnews – The US Federal Reserve has not had much success in curbing rampant inflation. However, their monetary tightening campaign has helped deflate the asset bubbles that have been inflated during the pandemic.

But above all – and this is surprising – all this is happening without the financial system getting into trouble.

“It’s amazing,” says Jeremy Stein, a Harvard University professor who, as Fed governor from 2012 to 2014, paid particular attention to financial stability issues. “If you’d said to any of us a year ago, ‘We’re going to do a series of 75 basis point hikes,’ you would have said, ‘Are you crazy? You want to crash the financial system.'”

Fed officials have long shied away from using monetary policy to fight asset bubbles, arguing that raising interest rates is too blunt a tool for such a task. However, the current deflation in asset prices could help achieve the soft landing that Fed Chair Jerome Powell and his colleagues are aiming for.

Of course, a broader financial crisis cannot yet be ruled out. However, the current episode stands in sharp contrast to the bursting of the US housing bubble, which triggered a deep downturn in 2007-09, and the collapse of tech stock markets, which helped push the economy into a mild recession in 2001.

Here’s a look at how the Fed’s actions have affected different segments of the financial market:

The extremely low interest rates and the sharp increase in demand for real estate outside of urban centers during the pandemic caused real estate prices to skyrocket. Now they are sinking under the weight of mortgage rates that have more than doubled this year.

Financial reforms initiated after the financial crisis helped ensure that the recent housing cycle was not driven by the loosening of credit standards as it was in the early 2000s. As a result of the so-called Dodd-Frank measures, banks today are much better capitalized and less leveraged than they were then.

The savings Americans have amassed during the pandemic have flooded the banks with deposits, Wrightson ICAP LLC chief economist Lou Crandall notes.

“This downturn in the real estate market is different from the crash of 2008,” said an analysis by Bloomberg’s US chief economist Anna Wang and her colleague Eliza Winger. The quality of the mortgages is higher than it was then.

Companies outside the banking sector – so-called shadow banks – have become a massive new source of credit on the US real estate market in recent years. However , with nationalized financiers Fannie Mae and Freddie Mac, the mortgage market still has an effective backbone.

“Perhaps we shouldn’t be surprised that housing isn’t more disruptive to the financial system – after all, we’ve nationalized it,” said former Federal Reserve Banker Vincent Reinhart, who is now chief economist at Dreyfus and Mellon.

Much of the speculative excess seen during the pandemic has been focused on cryptocurrencies. Fortunately for the Fed and other regulators, this has proven to be a largely self-contained ecosystem, with companies mostly indebted to one another. Broader interdependence with the financial system could have made the downturn much more destabilizing.

“It did not perform for the traditional financial system or the real economy,” said former Bank for International Settlements chief economist and Brandeis University professor Stephen Cecchetti, who compared the crypto market to a multiplayer online video game.

Many market participants have been harmed by the crypto meltdown. However, the impact on other areas was minimal.

Tech slump, but no dot-com bust

Shares of tech companies that thrived during the pandemic recovery era have also plummeted, wiping out trillions of dollars in market caps. However, the decline was gradual and spread over the period of the year that policy rates rose.

Losses, while large, are significantly smaller than the slump seen when the tech bubble burst earlier in the century. The Nasdaq Composite Index is down just over 30 percent from its peak last year. Two decades ago, there was a nearly 80 percent crash.

The broader stock market has fared even better, with the S&P 500 index down about 18 percent from its record high in January.

By and large, equity investments are not leveraged, explained Cecchetti. “And the people who own them are usually pretty lucky.”

The full financial implications of the Fed’s inflation-control campaign may not yet be seen. Not only are more rate hikes planned, but the central bank continues to shrink its balance sheet. The only other time the Fed has conducted quantitative tightening to date has it had to end the process earlier than expected due to market volatility.

The recent upheavals in the UK bond market show how suddenly shocks can occur – and call for caution. Also, central bankers don’t have as much information as they would like about what’s going on in the less regulated shadow banking world.

“It’s a problem,” said former Fed Chairman Ben Bernanke in a speech in Stockholm on Thursday at the Nobel Prize in Economics. While regulation of shadow banking has been tightened to some extent, it is “not nearly enough”.

A constant concern is the $23.7 trillion US Treasury market, long thought to be the most liquid and stable in the world. Paradoxically, the Dodd-Frank-inspired rules have made the market more fragile by preventing large banks from acting as intermediaries in the buying and selling of Treasuries.

This article has been published on the website : cash.ch