Sehatnews – With the 27B1U7903, Philips has introduced a new 27-inch 4K mini-LED Thunderbolt 4 monitor. According to the company, the display is made from sustainable materials and comes in environmentally friendly packaging. The Philips 27B1U7903 is the manufacturer’s first monitor to use Thunderbolt 4.

According to the company, the 27B1U7903 is primarily aimed at professional users such as cameramen, colourists, photographers and graphic designers. The UltraClear 4K resolution with 3,840 x 2,160 pixels should be particularly advantageous for CAD and 3D graphics applications.

The IPS panel offers a viewing angle of 178°/178° and comes with a mini LED backlight. The monitor is also VESA DisplayHDR 1400 certified. This means that it offers a peak brightness of up to 1,400 nits, a significantly higher contrast range and a color space of 1.07 billion colors.

Other features include Quantum Dot and a semiconductor nanocrystal technology that emits light at specific wavelengths to create vivid colors. Zero Bright Dot eliminates LCD bright point defects, while SmartUniformity enables uniform brightness across the entire display. A Delta-E value of less than one is intended to ensure the highest color accuracy.

Another highlight of the Philips 27B1U7903 is the Thunderbolt 4 protocol. This enables data transfers over a single cable, 90 watts of power when charging or powering laptops and much more. The PowerSensor is said to enable energy savings of up to 80%.
The Philips 27B1U7903 is now available in stores for a recommended retail price of 1,299 euros. 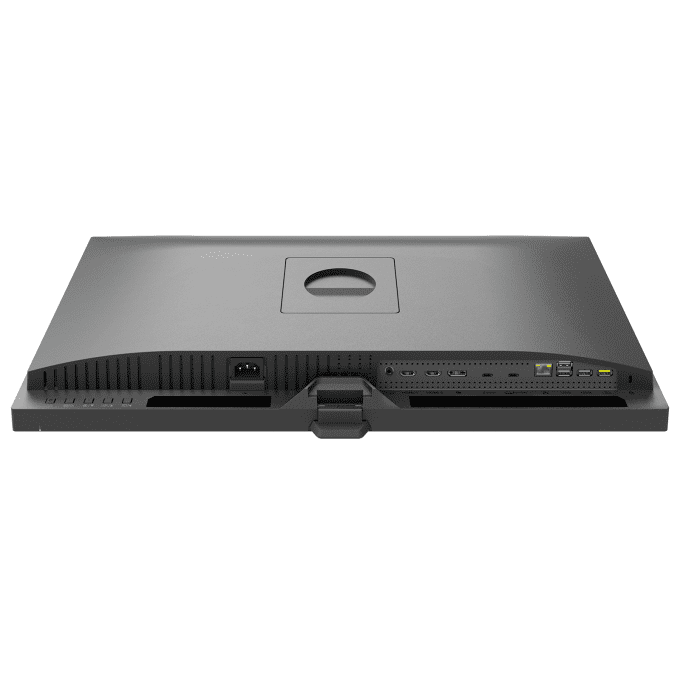 Packed with state-of-the-art, performance-enhancing features, the Philips 27B1U7903 is the ideal choice for anyone working in creative professions. It not only delivers stunning images with extreme color accuracy and attention to detail, but also the speed, power and simplicity of Thunderbolt 4 technology ,” said Xeni Bairaktari, Global Marketing Lead and Senior Brand Manager EU at MMD Monitors & Displays. 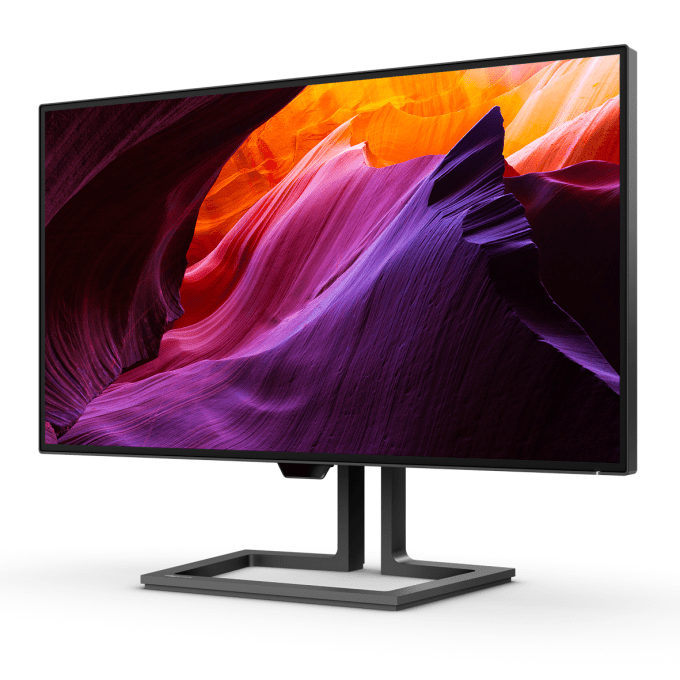 For professional use, Philips has provided the 4K UHD monitor 27B1U7903, which features mini LED technology and a Thunderbolt 4 interface. The luminosity is particularly high at up to 1,400 cd/m².

The mini-LED technology supplies far more light-emitting diodes than classic LED backlights for liquid crystal screens (LCD) and thus ensures more brightness and a correspondingly higher contrast ratio, which, however, cannot keep up with OLEDs. In the case of the 27-inch Philips 27B1U7903, the mini LEDs are divided into 2,304 dimming zones whose brightness can be regulated separately.