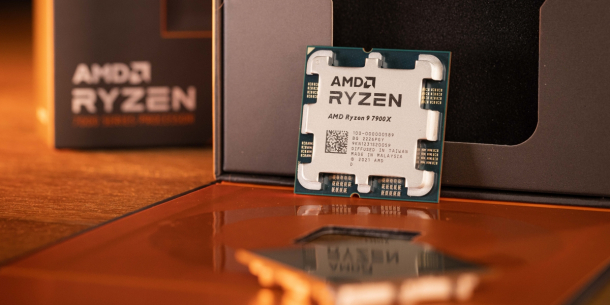 Sehatnews – AMD has released a statement that it is currently investigating reports of unexpected Ryzen performance values for games. The operating system used was often assumed to be the cause, but AMD has not been able to identify any abnormalities here so far. Instead, AMD wants to try to get software patches for the respective games.

With the new Ryzen 7000 processors, AMD offers significantly more computing power than with the previous generation: the performance per core has increased significantly, which should also please gamers in particular. As with previous Ryzen generations, gaming performance within the Ryzen portfolio is apparently not always consistent. The background is the internal structure: While the Ryzen 9 7950X and the Ryzen 7 7900X use two activated chiplets internally, the Ryzen 7 7700X and the Ryzen 7 7600X perform the calculations within a single chiplet.

AMD With A Statement On Unexpected Performance Deviations

In some games it can now happen that the actually slower CPUs with a single chiplet calculate faster than the top models with two chiplets. Especially when AMD first used the chiplet approach, this was a problem that required several software patches so that the schedulers could distribute the computing load in the best possible way. With Ryzen 7000 there is apparently a step backwards here, so that the situation occurs again. For example, the new Ryzen CPUs with one CCD were faster than the models with two chiplets in the Tom’s Hardware test in the titles Warhammer 3, Cyberpunk 2077 and F1 2022.

AMD has now responded to such reports with a statement. Accordingly, the company has received several indications of such performance deviations, which are currently being investigated. An influence of the operating system, as it used to be, is apparently ruled out: the situation occurs under both Windows 10 and Windows 11, and an OS patch is apparently not planned.

CPUs from Intel – tested by PCGH

Instead, according to the statement, AMD wants to work with the developers of the affected games to eliminate the unexpected performance differences. As with previous generations, patches are to be developed for the individual games that improve the distribution between the two chiplets of the Ryzen 7000 CPUs. Unfortunately, AMD’s text does not state when and for which games corresponding patches are to be released.

At least the goal of the updates should be clear: In case of doubt, the games should use the faster chiplet and minimize the necessary communication between the two chiplets.